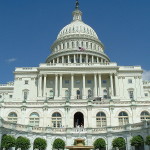 Few people have a Biblical understanding of law and jurisdictions. This class will deal with basic concepts of government and then look closely at the principles on which our United States Government was formed. Next we will take a closer look at the actual workings of government from the national level to the local level. A major goal of this class is to motivate us as Christians to be involved as faithful citizens with the out-workings of our government, which few people within history have had such a privilege.

The concept of Biblical jurisdictions will be taught along with the background of English law and a close look at the Declaration of Independence.

During this second quarter we will take a very close look at the US Constitution and the basic principles upon which it is founded, as well as the changes made to it over the last two hundred years. Federalism, our form of government, which again, few modern Americans understand, will be taught as well.

Political parties and the election process, along with the workings of the Legislative Branch, will be taught.

Both of these branches have greatly increased powers well beyond what the Founding Fathers ever envisioned. We will learn what their responsibilities originally were and how both branches have operated in modern history. Issues of how these branches function will very much determine America’s future.

Students must also procure their own copy of “American Government,” Second Edition, published by BJU Press. We cover the book as well as additional information as it relates to United States government.

If you are interested in taking this course, please contact us by phone at 303-422-1388 or by email at info@visionheirs.com.